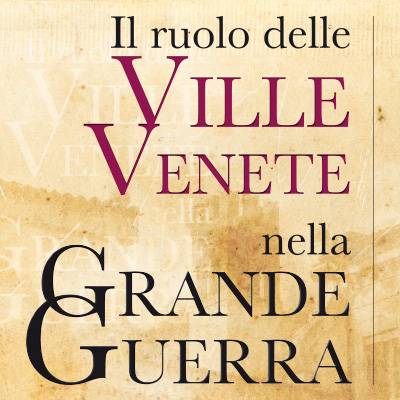 Il ruolo delle Ville Venete nella Grande Guerra (The role of Venetian Villas in the Great War), an initiative organised by Fondazione Aida on a project by Prof. Gianni Moriani, with the support of the Veneto Region, as part of the programme for the commemorations of the centenary of the Great War, and Pixartprinting. 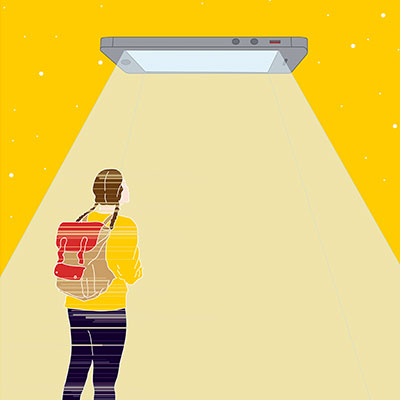 How can we guide young people towards responsible use of the web? How does the law protect families? But also: what happens in our brains when we talk about internet addiction in its various forms?

These are the main objectives of Out of the Net. Educational paths for the use of the web, a project that, through the languages ​​of music, theater and cinema, aims to explore the risks and opportunities of the internet and sensitize young people to correct preventive behavior. An initiative to say NO to bullying, ghettoisation and the numerous consequences that derive from improper use of the network.

The implementation of the Out of the network project was scheduled for spring 2020, due to the ongoing health emergency it is being re-proposed from 9 February 2021 to March 2021 in an online version.

The choice to propose most of the online activities has taken on a particular value within the project, it is the demonstration that the network should not be demonized but is a tool that can be extremely useful and effective if known and used consciously.

In addition to the appointments reported below, we are organizing (dates to be defined) the following activities: 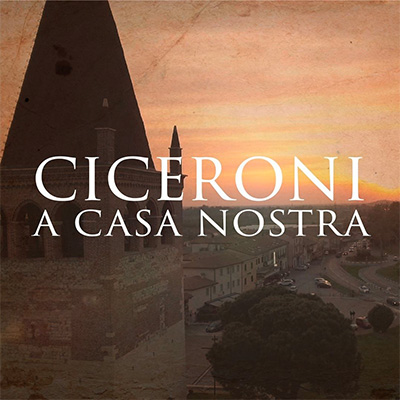 “Ciceroni a casa nostra” is a project financed by the Veneto Region and implemented by Fondazione Aida. The aim is to teach young people how to enhance their own territory, through a series of meetings and workshops. The young people who took part in the project created itineraries aimed at promoting the territories of the municipalities involved in the project: San Bonifacio, San Giovanni Ilarione, Monteforte d’Alpone and Zimella.

The first phase involved a series of organisational meetings between the partners, Fondazione Aida and the young protagonists.

In a second moment, in the period between 10 November 2016 and 27 February 2017, the phase comprising 17 meetings was launched. A group of 6 young people enrolled in the course: Andrea Dal Bosco, Arianna dal Bosco, Chiara Castellan, Marianna Ambrosini, Giulia dal Grande, Giulio De Marchi. The group then reached the number of 10 members in the next part of the project with the arrival of: Giada Bosaro, Francesco Segneghi, Mirca Mattioli, Rosanna Carli.

Stefania Carlesso, actress and expert in art and architecture, tried to explain the mechanisms behind the creation of events. Historical-artistic or literary themes are conveyed in formats that combine high popularity with entertainment.

Then, she assigned, dividing them among the young participants, the paths to be built in the municipalities involved in the project: San Bonifacio, San Giovanni Ilarione, Monteforte d’Alpone, Zimella. In the course of the weeks the participants were guided in the elaboration of the paths themselves. Therefore, a series of useful skills were transferred to the group of young people to convey cultural contents in an engaging and dynamic way.

On 10 March, 24 March, 7, 14, 21 April there was a phase of five meetings where the participants had the opportunity to practice the creation of a promotional video, acquiring the basic techniques and thus deepening the skills to promote the paths/projects they created. The youngsters received the necessary indications to make the most of the world of social networks for the promotion of the projects. A Facebook profile and an Instagram profile related to the project were created.

On 27 March, a training seminar was held on innovation processes and promoting one’s own activity in the territory. The trainees got to know dynamic projects and realities that deal with territorial promotion. They were able to compare themselves with national and international projects. They were able to learn the project strategies implemented by established organisations, deepen their understanding of the development of territorial promotion and transform the knowledge gained into an exercise adapted to the project on which they have been working successfully over the past few months.

During the weekend of 22 to 25 April 2017, they took part in a fair space made available by the municipality of San Bonifacio for the San Marco fair. In shifts which they planned and organised themselves, the participants told the story of the project and presented it to a wide audience, supported by representatives of the administrations involved. In that context, for the first time they were able to relate to the outside world with satisfactory results. The group remained cohesive even after the end of the project steps, and planned further meetings with the help of the administrations of the municipalities of origin, which they will manage independently. 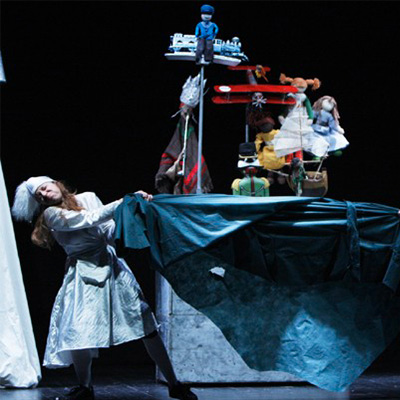 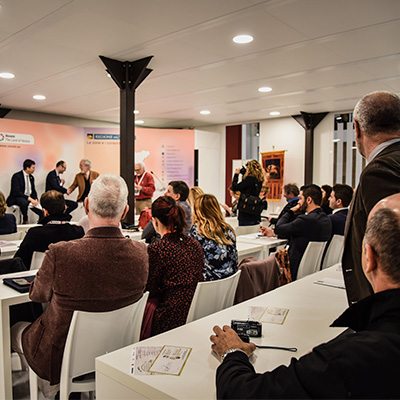 The Venetian Villas are at the centre of a project promoted by the Veneto Region to revitalise the local economies and enhance the values of the Italian Lifestyle. Wine production and events such as “Sorsi d’autore” have contributed to the growth of this project.

The models of agricultural and manufacturing development, organised during the Republic of Venice, were fundamental to the process of specialisation of the vineyard that we still recognise today. At the heart of this project was historically the Villa Veneta, the forge of economic and productive activity. The territory between Veneto and Friuli Venezia Giulia was thus occupied by the largest cultural deposit in the world. In the territory, in fact, there are more than 4000 Venetian Villas, among them: 24 Palladian Villas, Unesco World Heritage Sites. Today, thanks to restoration and protection work, these residences represent an economic revival and the history of the region.

These are the topics discussed at the Ville Venete&Wine Round Table Discussion on Monday 8 April 2019 at the Veneto Region stand for Vinitaly, organised by Fondazione Aida and moderated by Patrizio Roversi.

Franco Sensini, Director of the Regional Institute for Venetian Villas, illustrated the path of recovery and enhancement of the heritage started more than sixty years ago. Danilo Gasparini, Professor of History of Agriculture and Food at the University of Padua, discussed the role of certain patrician families in the process of specialising in the quality vineyard we know today. Alberto Passi, President of the Association for Venetian Villas, will present the history of the genesis of the Venetian Villas in order to understand the agricultural, manufacturing and artistic development of these residences and the key role they play today in the local economies and beyond. Meri Malaguti, director of Fondazione Aida, will present Sorsi d’autore: a good example of an event capable of enhancing heritage through an experience of local excellence.