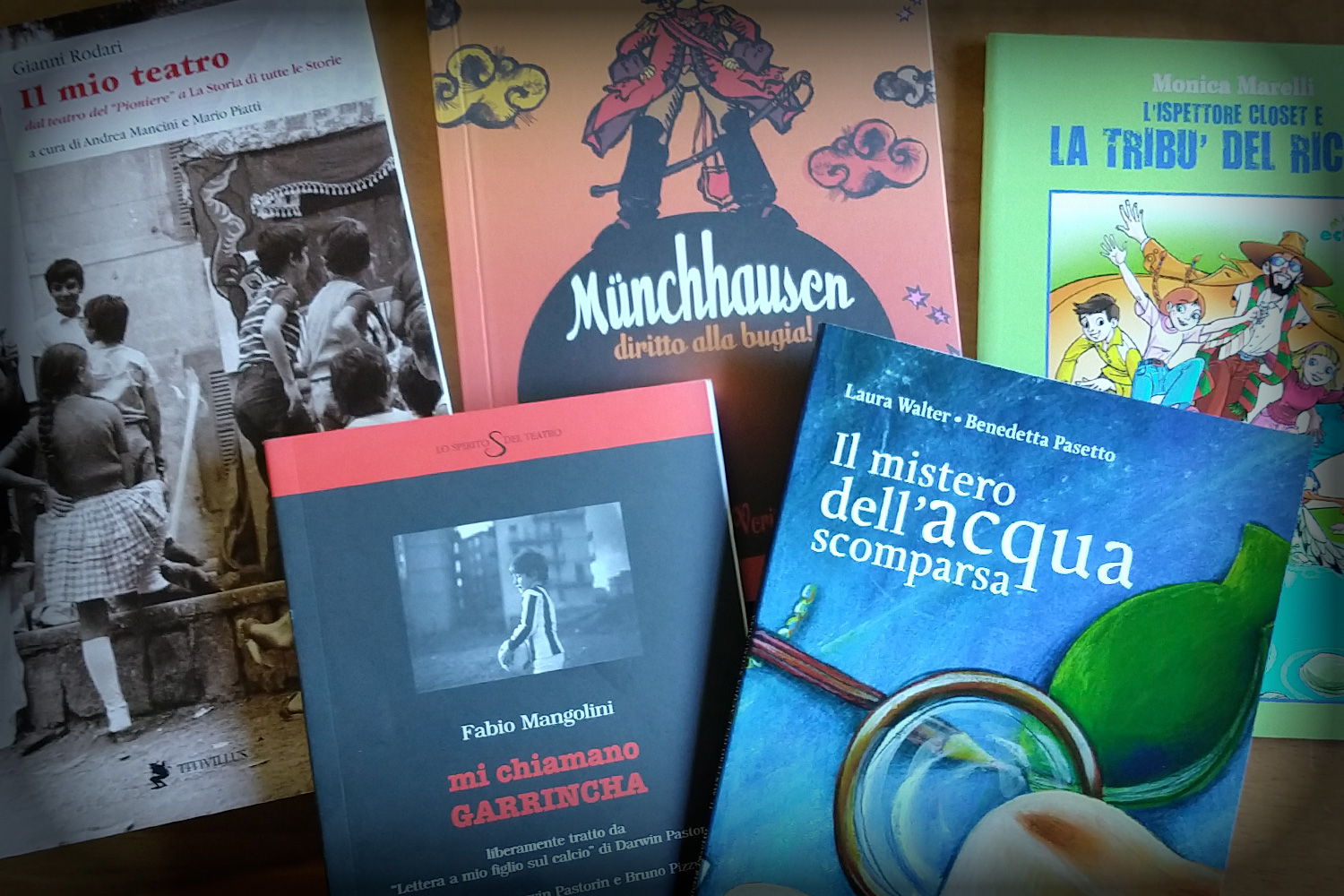 Over the years we have developed many collaborations, including in the publishing field, in particular with Titivillus Mostre Publishing, the publishing brand of the Teatrino dei Fondi, a theater company and artistic residence, directed by Enrico Falaschi.

Thanks to this collaboration, several publications have been produced including: Bread and Puppet – The Cathedral of Cartapesta by Andrea Mancini (2002), and Pier Paolo Pasolini – Poet of Ashes by Roberto Chiesi, Andrea Mancini (2007).
The first offers the public a series of first-hand photographic and non-fiction materials (some now unavailable) of Bread and Puppet; the second, created on the occasion of the exhibition organized in NY, contains Pasolini’s texts, interviews, poems, essays and other documents, plus a series of photos taken by Angelo Novi on the sets of his films.

One of our strong points is also the organization of exhibitions and, consequently, of the catalogs that remain accessible to the public. Two volumes have been produced for the exhibition dedicated to Beni Montresor 1991-2001. One entitled From Color to light, by Gaetano Miglioranzi accompanied by hundreds of color and black and white images, by Montresor and the other Casa di fiori, casa di stelle, critical essay with a rich color iconographic apparatus, published in Italian and English.

Finally, one of the most popular catalogs is: Munchhausen right to lie!
There are seventy illustrations from the private collection of Lorenzo Bassotto and Barbara Rigon. A manifesto of the salutary lie and the lie told to surprise, which collects nonsense and oddities inspired by the adventures of the Baron of Münchhausen.