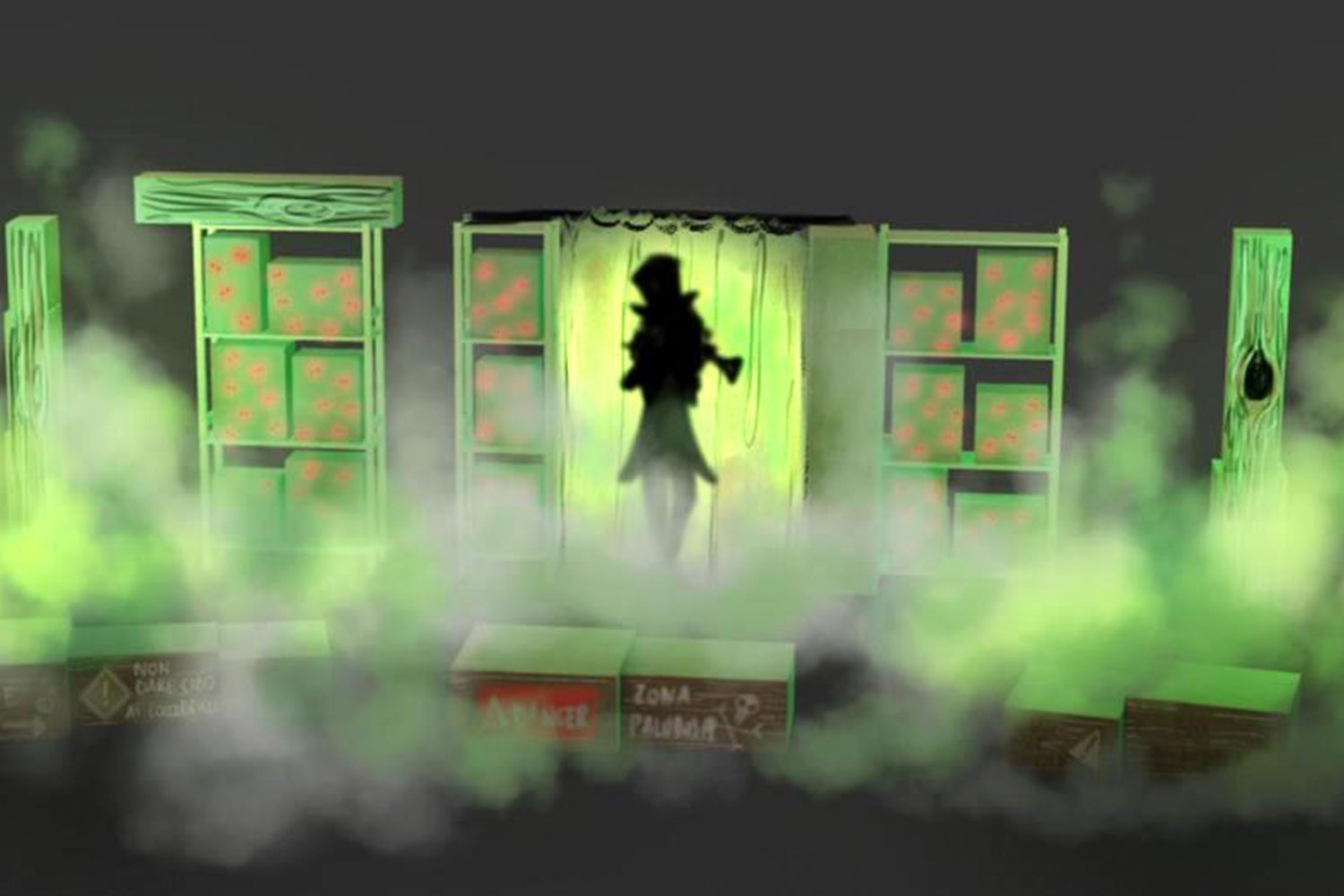 Freely based on a legend set in the 13th century during a pandemic.
A co-production with Febo Teatro, set up as part of the “A casa nostra” project.

The Pied Piper’s Secret is based off of a German legend inspired by a 13th century pandemic that affected children. But why are we talking about a pandemic during the pandemic? To make hope and desire live. Humanity has already faced similar situations throughout history, managing to overcome them and acquiring greater awareness.

In The Pied Piper’s Secret, three young actresses find themselves in the bizarre situation of being stranded, due to a problem with the city’s sewers, in a theater transformed for the occasion into a warehouse for food reserves. Noticing that they are not alone, they look for something, to be able to spend time together. But, trapped between shelves full of food, what can you do besides eat? Tell a story! But we need one that helps us understand what is happening, that makes us pass the fear but also makes us grow. So our protagonists take the opportunity to use the objects in the deposit to tell the story of the Pied Piper.The three actresses, letting themselves be taken by creativity, will create a whole new version of the fairy tale, much closer to the reality of these times: a city invaded by rats that destroy everything by forcing people to remain locked in the house. The solution could be to coordinate, find common solutions, but the divided and disinterested inhabitants prefer to wait for someone to solve the problem for them. So it’s up to the children and young people to manage the situation, studying how to defeat the rats, discovering that perhaps the Pied Piper is behind all this. By getting together at the forefront and sharing the importance of civic sense, they will ensure that the rats flee the city.