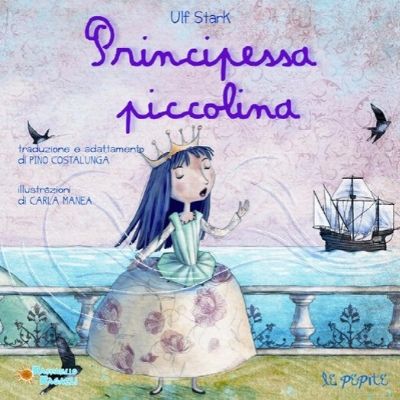 An animated reading from the book Princess Piccolina (Little Princess) by Ulf Stark. With translation and adaptation by Pino Costalunga. A magical and entertaining story that addresses the themes of diversity and affectivity.

Little Princess is a children’s reading based on the book by Ulf Stark. Translated and adapted by Pino Costalunga ‘Principessa Piccolina’ – published by Raffaello / Le Pepite editions.

Why does the Little Princess with the sweet and melodious voice sing such beautiful and sad songs? Because she is not like all other children, so at least say the King and Queen. Who knows if the nice prince thinks this too, who, passing a day there, hears his sweet song … A story that tackles the themes of diversity and affectivity in a poetic and amusing way. Ulf Stark, the great Swedish writer, in his first visit to Vicenza, was fascinated by the beautiful legend of Princess Jana of Villa ai Nani, an elegant eighteenth-century mansion located on the green hills surrounding the city, he wanted to reinterpret and rewrite it. Pino Costalunga, who at the time told him about it, took care of the translation and the adaptation from swedish, making the narration ideal for children, with the help of small objects and figures.