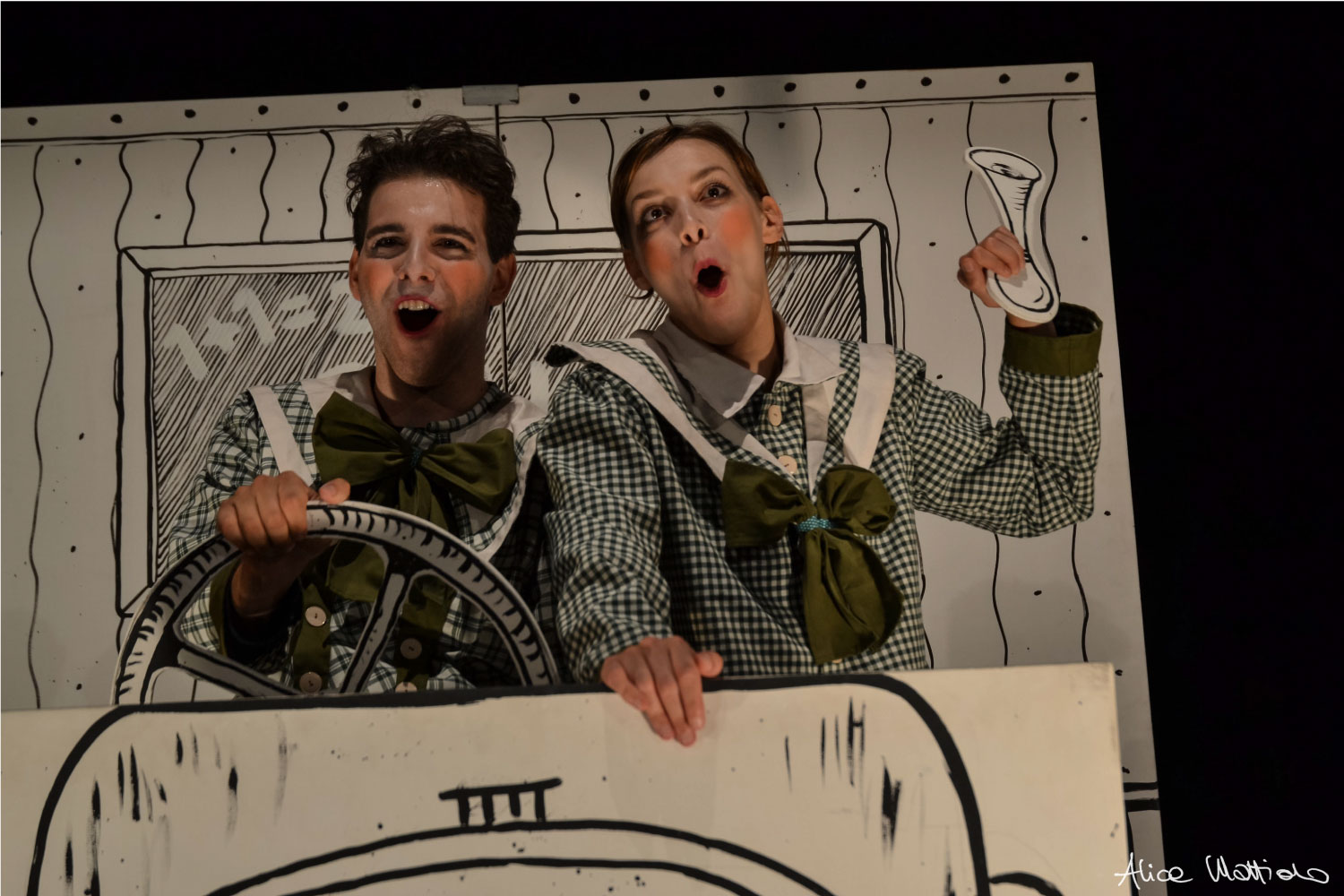 A play based on the novel of the same name by Vamba (Luigi Bertelli), where children’s vitality and purity clash with a world of adults more focused on personal interests and undoubtedly more hypocritical.

A diary full of blank pages is the gift Giannino Stoppani receives on Wednesday 20th September 1905 on the occasion of his ninth birthday: blank pages to be filled with facts and … misdeeds.

Giannino, the protagonist, gets into a lot of trouble not because he is bad, but because he is curious, in the most positive sense of the word, because he wants his own good, but above all that of others, because he is a child open to the world and because, like all children, he has a strong sense of justice.

We thought it would be interesting to stage the adventures of a lively child, full of the joy of living with others and full of imagination, like Gian Burrasca, at a time when children no longer receive blank diaries to fill with stories about themselves in relation to the world, in which to immortalise their days full of adventures and fantasy.

Staging the “Giornalino di Gian Burrasca” means re-proposing an ancient story, but one that still manages to speak today of a world made up of simple but strong feelings, far away, but which still has much to say.

Our edition takes into account not only the novel by Vamba (Luigi Bertelli), but also the historical television edition that RAI produced in 1964, directed by Lina Wertmüller, with music by Nino Rota and starring Rita Pavone.

The black and white scene opens up like the pages of that book, reawakening to the child and adult spectator the enchantment of the simplicity of a world that no longer exists. That’s why the idea of keeping the original language of Vamba, to arouse in the child spectator the curiosity of words, the liveliness of a vocabulary that will be understandable beyond the fall in use of some terms (such as “busse”, “collegio” etc.) or the rarity of their use (“parsimonia” etc.) as it always happens in the game of theatre.

From the screenplay we borrow the idea of having the actress play the role of GianBurrasca and all the other roles played by two other actors (the game of theatrical masquerade!) and we propose music and songs from that distant television version, even if we then move towards a completely new theatrical production, which has the flavour of an old fairy tale, in the Liberty style or early 20th century Variety, but which can speak to today’s children and adults.
Pino Costalunga 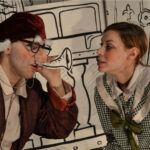 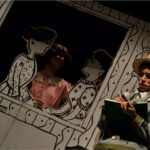 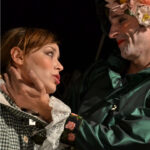