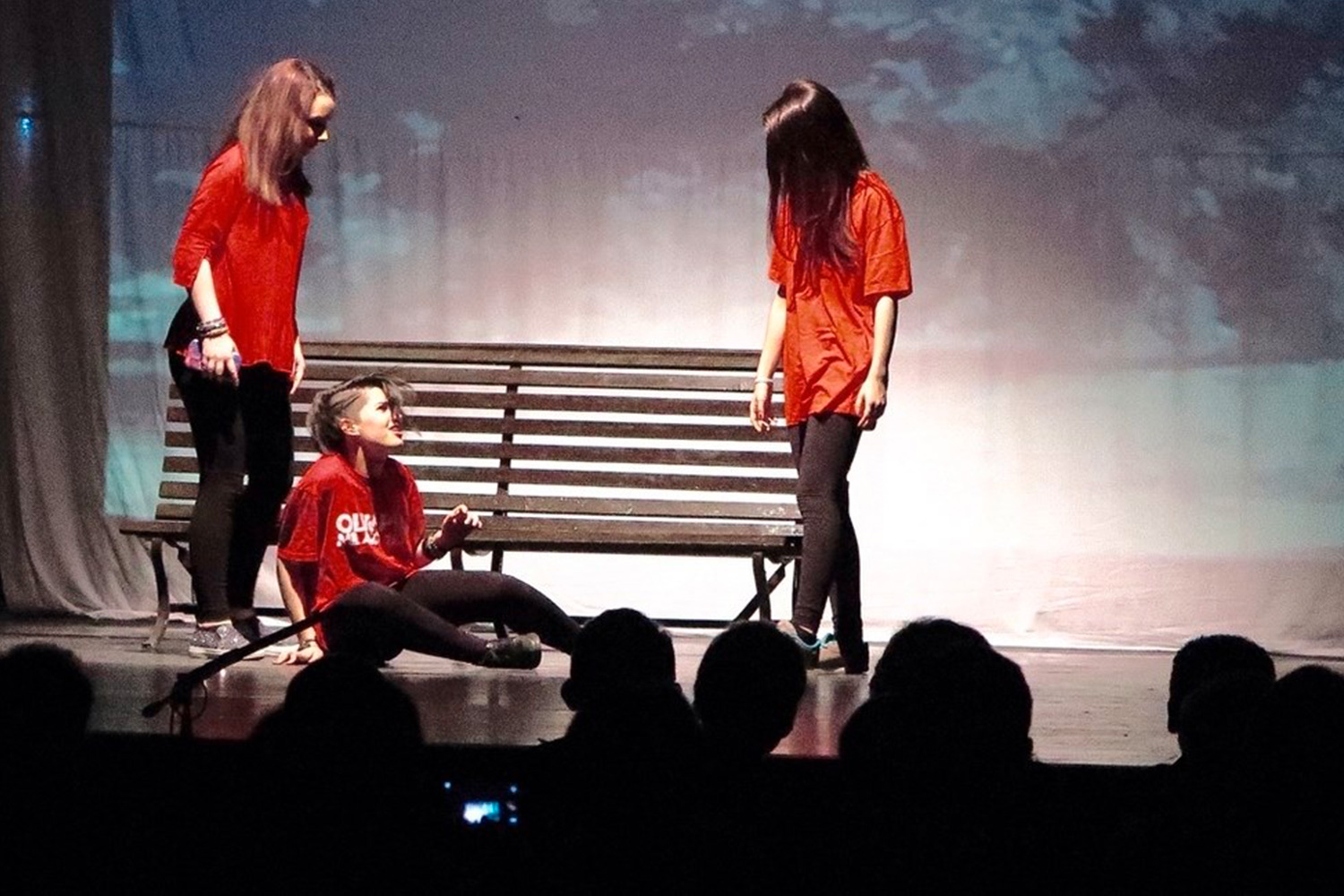 To raise students’ awareness on the issue of bullying, that is the set of actions of prevarication by one or a few people against an individual, or a small group, which tends to damage the image, relationships or rights of the victim.

The project involved a group of students from the Istituto Manzoni in Suzzara, the Liceo Artistico Giulio Romano and the Liceo Classico Virgilio in Mantua.

The students involved will take part in twelve itinerant meetings.

Some of them will be led by Dr. Paolo Breviglieri, a psychologist from ASL of Mantova. His intervention aims to present the main characteristics of bullying, the actors involved, the complexity of relationships between adolescents and the risks to which the new social technologies expose us.

The remaining lectures are given by Nicoletta Vicentini, director of Fondazione Aida who has been developing social theatre projects for young people for years, and the rapper Andrea Bagni.

The students presented the results of their work on the 16th May 2015 at the Anselmi Theatre in Pegognaga.

If you don’t want to lose track of the stories and collect feed-back, a dedicated Facebook page is online: SOCIAL NETWORK: music and theatre against bullying.