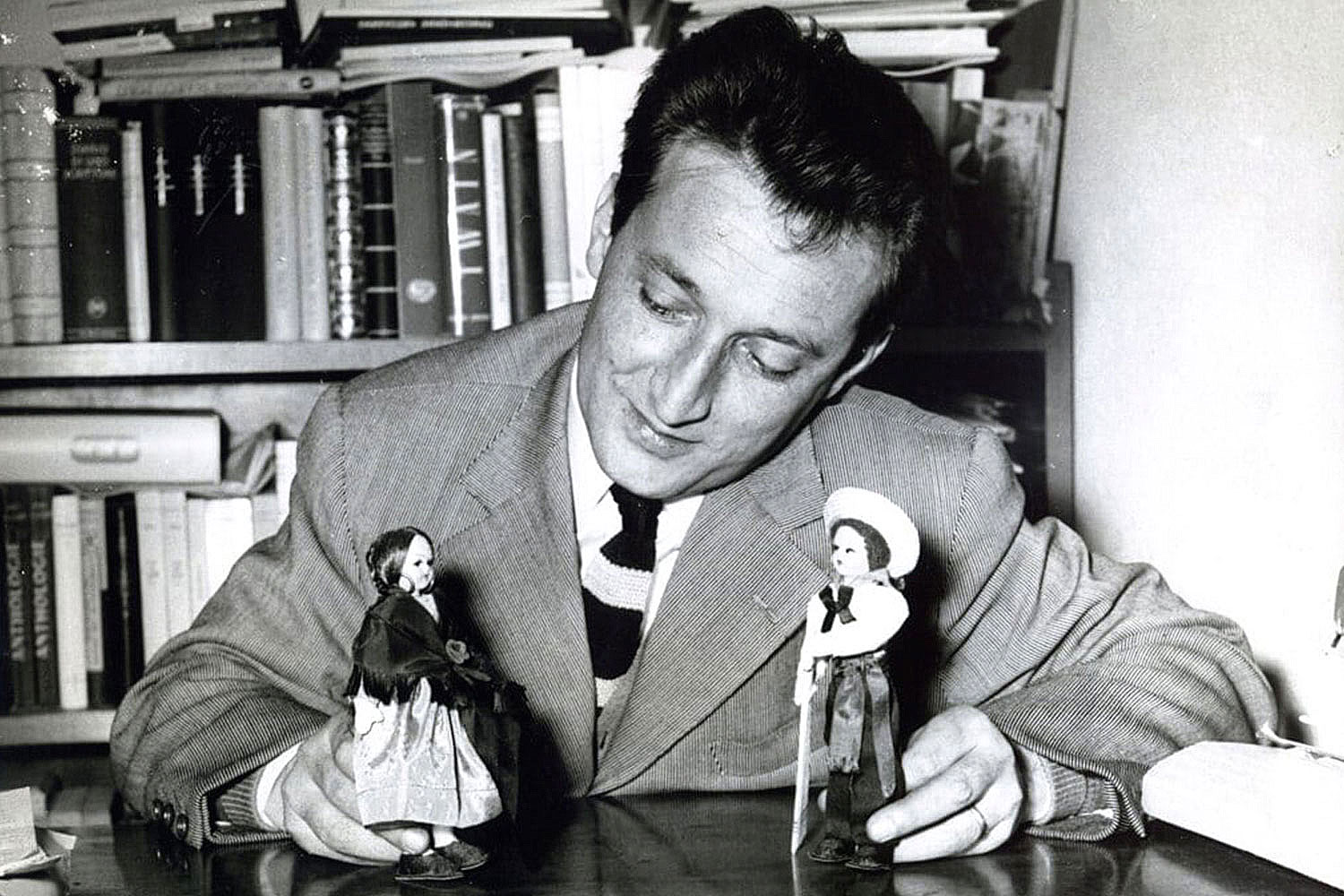 Exhibition dedicated to the relationship between the work of the Master of Omegna and the theater. Made with the advice of Maria Teresa Ferretti Rodari, wife of Gianni Rodari. It is possible to request the exhibition for any preparations.

Gianni Rodari My Theater is an exhibition that for the first time aims to illustrate a lesser known aspect of the writer’s extensive work: the relationship between Rodari and the Theater. The exhibition therefore describes the relationship between the great master of children’s fiction and the artists who, in some way, were inspired by his work to illustrate, create sets, direction, music and theatrical texts.

With the advice of Maria Teresa Ferretti Rodari, his wife, who kindly granted most of the materials on display.

The relationship between Rodari and the theater, even if little studied, has actually proved to be very intense, starting from the experiences of mass theater, up to the institutional theater performances, such as “The stories of King Midas”, staged at the Teatro Stabile di Torino, and even more shows that were affected by a more liberating atmosphere such as “The story of all stories”, made in 1977 with the children and teachers of La Spezia.

From this important consideration, the Aida Foundation took inspiration to remember the great writer linked to children’s literature and theater, through a project linked to his literary work and the theatrical transpositions that have sprung from his works.

The project was successfully presented at the Bologna book fair in 2006 and 2007, and was included in the project of the ministry for cultural heritage and activities-institute for the book: “Ottobre Piovono Books”.

In the foreground, therefore, there will be not only Rodari, but also his greatest illustrator, Emanuele Luzzati (extraordinary “interpreter” of his stories with illustrations, but also set designer of his shows).

There will also be the presence of other artists who have made their relationship with Rodari their source of inspiration. Among these we mention an unpublished interview with Mariano Dolci who talks about his profession as a “municipal” puppeteer and his meeting with Gianni Rodari, Mario Piatti, whose beautiful songs and music inspired by the Rodarian imagination.

The exhibition consists of many unpublished materials: photographs, original sketches, drawings, videos, interviews, puppets, parts of sets, covers, illustrated books and more. There are also images never seen before by Gianni Rodari in relation to the upper theater (The stable of Rome and Turin for example), but also with the lower one, the puppet shows for which, as Mariano Dolci says, Rodari would have liked to have written more.

The exhibition is accompanied by the book Gianni Rodari Il mio teatro (Edizioni Titivillus) edited by Andrea Mancini and Mario Piatti – preface by Maurizio Costanzo. A catalog full of unpublished materials (images, photographs, interviews, reviews and essays by Rodari himself).