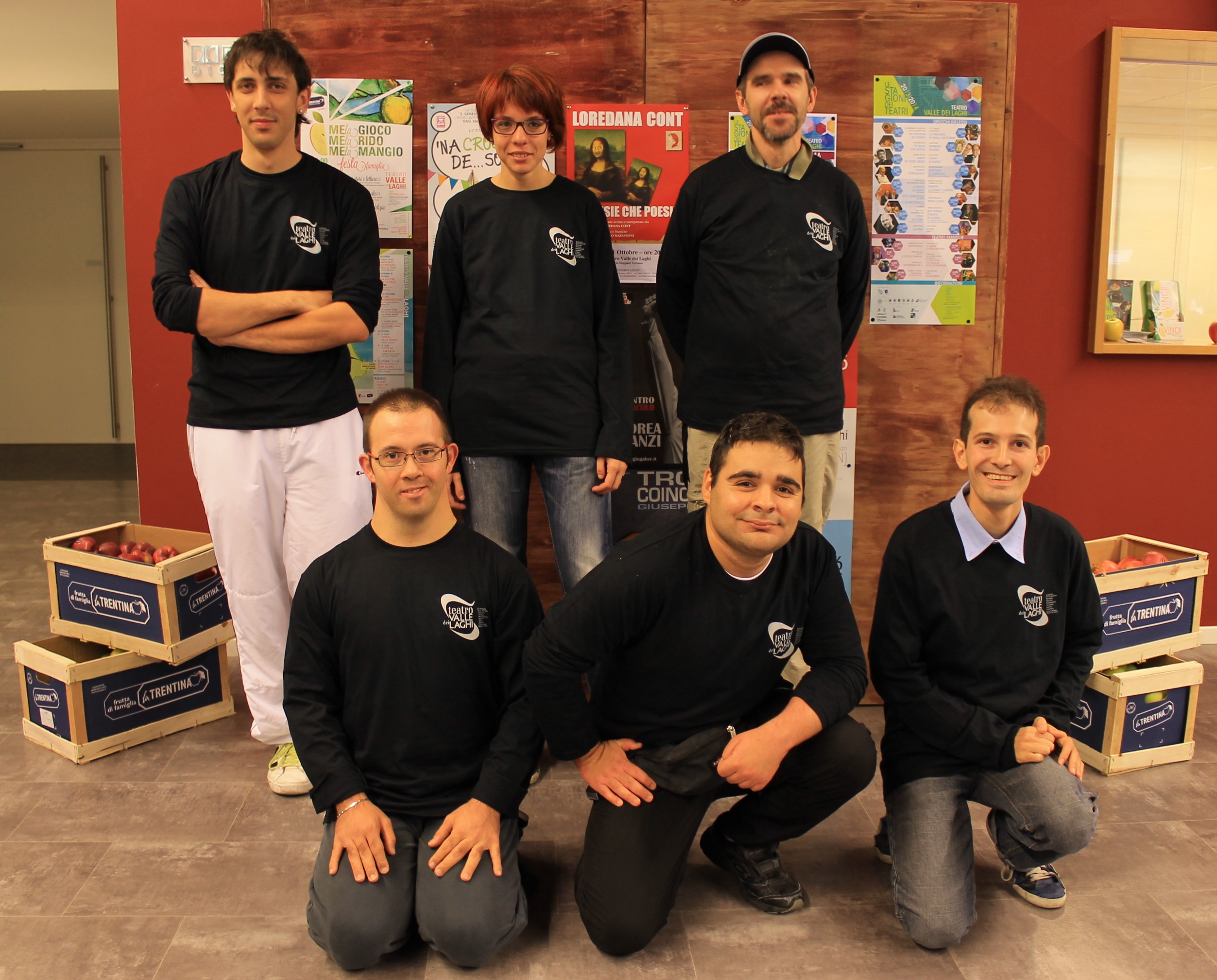 For three years, from 2014 to June 2017, Diversamente a teatro offered a training and work placement opportunity in the theatre sector to a group of young people with disabilities without distinction in terms of contract or economic level compared to other workers in the sector.

This initiative is inspired by international models and is a pilot project made possible thanks to the support of Fondazione UmanaMente. Thanks to Diversamente a teatro, this group of young people became an integral part of the organisational structure of the theatre. THE STAFF bar has become the space in which this project has found concreteness and offers them the opportunity to express their professionalism. Thanks to the contribution of the Cattolica Foundation, the Valle dei Laghi Theatre has become a place for cultural aggregation, social integration and experimentation.

After the closure of the Valle dei Laghi Theatre in Vezzano, this opportunity disappeared. Hence the idea of Associazione Atti, Oasi Valle dei Laghi and our foundation to give continuity to the initiative.

Chef a teatro and Lettori Olimpici are the natural continuation of this project. Over the years they have in fact found continuity and support thanks to a network of sensitive and shrewd partners.

Realised with the support of Fondazione Cattolica Assicurazioni and Fondazione Umanamente.