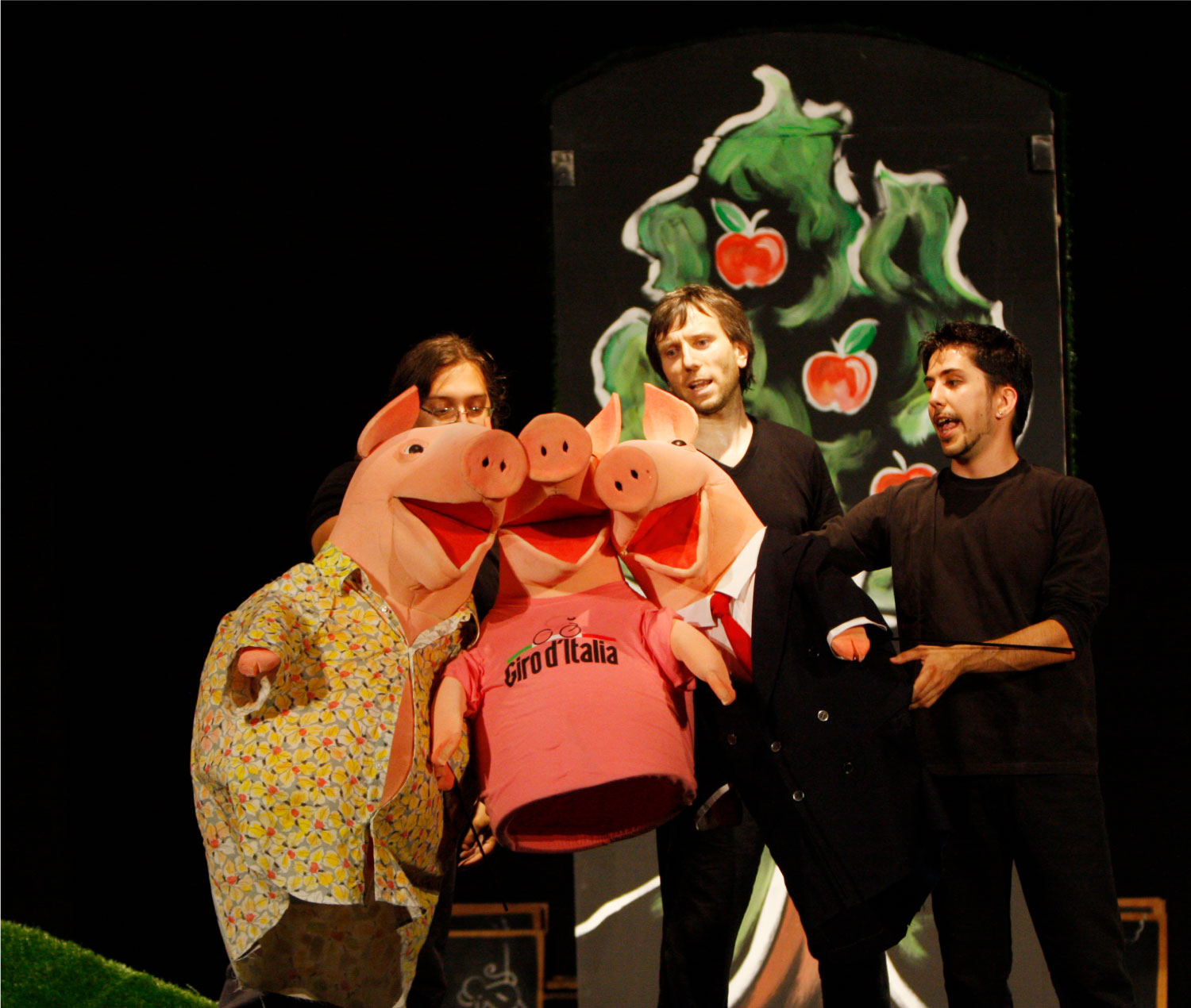 The show is a reinterpretation of the fairy tale known to all with music that goes from light rock to a catchy country style. Its catchy melodies involve children and project the older ones in a joyful atmosphere.

At first glance it might seem like the classic story of the three little pigs, each with his own house, apple tree, and chimney from which the bad wolf that persecutes them descends. If it weren’t that, at the beginning of the story, the wolf shows up at the selections of a well-known musical television program, sings his hit song, but… is not accepted! If it weren’t for the fact that the wolf, going the wrong way, arrives at a brick house where he thinks he’ll find a little pig, but instead he comes out… an old woman, who is none other than Little Red Riding Hood’s grandmother (whom this wolf has no intention of eating!). If it weren’t also that the three little pigs, once they’ve put the wolf to flight, decide to take up an artistic career and found a group, the “Pig Band”.

Three almost invisible actors animate five puppets. They sing, dance, jump, run (some more, some less…) on a green hill that gradually turns into a house of straw, wood and brick, a country road and an apple tree. A grandmother in the wrong story (or will she in the right one and everyone else out of place?), three cheerful little pigs and a wolf, who has only one passion (that of music) and one fear (that of children)! 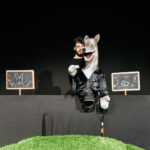 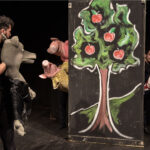 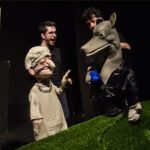 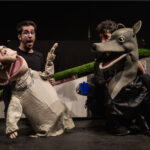 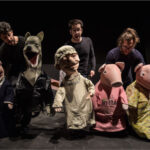 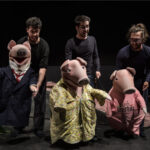 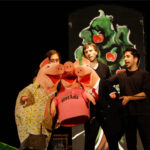