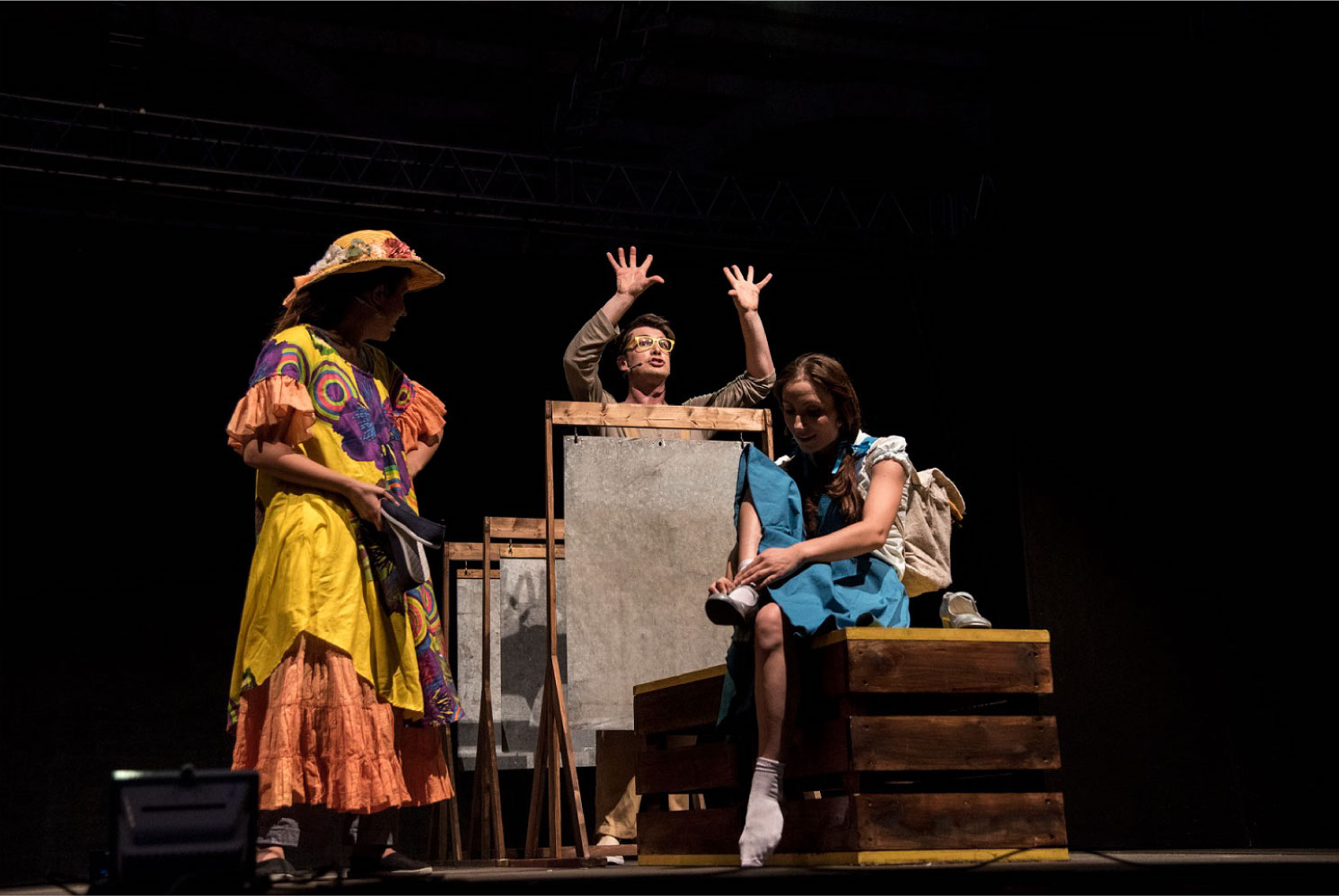 One of the most beautiful fairy tales for children, taken from the famous story by L. Frank Baum which retains its charm intact over time. A wonderful journey, in that dangerous and tortuous path that is growing up, becoming great. It definitely takes brain, heart and courage!

Dorothy, a child who lives in Kansas with her uncles, is thrown by a sudden cyclone in a country populated by strange characters.She lands in the village of Succhialimoni, some bizarre little men who thank her for having killed the wicked Witch of the East, crushed by the fall of the house.

Her only thought is to return home, but it seems that the only one who can help her is the Wizard of Oz.Along the way that will lead her to the Wizard, Dorothy meets the Scarecrow, the Tin Woodman and the Cowardly Lion.Dorothy’s new friends think they have a void to fill, so they need the intervention of the Wizard of Oz.The Scarecrow believes he needs a brain, the Tin Woodman a heart and the Lion of courage, while Dorothy wants nothing more than to return to her country.

During the journey, each of them, facing their fears to overcome the obstacles they will encounter along the way, will show that they already possess what they thought they lacked.

Turning directly to Baum’s text, we tried to highlight the most “fantastic” aspect linked to that experience through which we all went through.

That dangerous and tortuous path which is growing up, becoming great.

“The journey that little Dorothy makes to the country of Oz, together with her little dog Toto and the Scarecrow, the Tin Man and the Lion, is not only a journey that starts from Kansas (that is, from a real state in America ) to arrive in a fantastic country, but it is also a journey into Fantasy and with Fantasy. And what can be better, in a theatrical show, than using the THEATER to undertake this wonderful journey? Can it be done? Imagine on stage those strange machines that, at that time when there were no computers or speakers, were used precisely in the Theater to reproduce sound. The beautiful wind machine, for example, a kind of windmill rustling wood on a canvas, or the thunder machines, sheet metal plates hung on a wooden easel. Imagine that those machines are also capable of making you discover different places a little at a time and of knowing how to create colorful and fantastic landscapes. Immagine the character of the story that jump out as if by magic from the old twisted ropes or from the old dusty trunks. Then imagine in that Theater three actors who start playing with those objects that have become beautiful puppets and with those machines full of magical and mysterious sounds and effects. Three actors who use not only the word, but also and above all the body with its rhythm and its thousand possibilities. A game very similar to what children play. This will be our theatrical game, a game that today’s children sometimes seem to have forgotten. Which has been replaced by all those electronic “devilry” – useful in the theater as they are often also useful for children – but which seem to have dulled the imagination and creative force of our “I child”, both in theater and in life. A show with actors and puppets on stage, suitable for everyone from 4 years old. ”

One of the most beautiful fairy tales for children, taken from the famous story by L. Frank Baum which retains its charm intact over time.A wonderful journey, in that dangerous and tortuous path that is growing up, becoming great.It definitely takes brain, heart and courage! 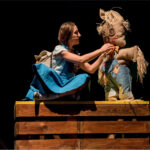 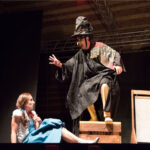 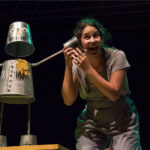 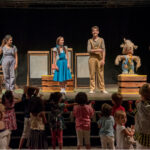 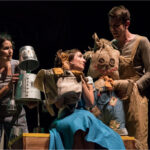 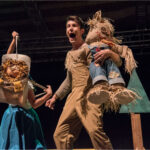 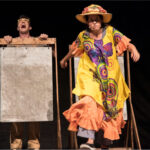 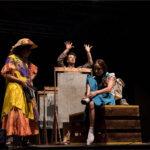