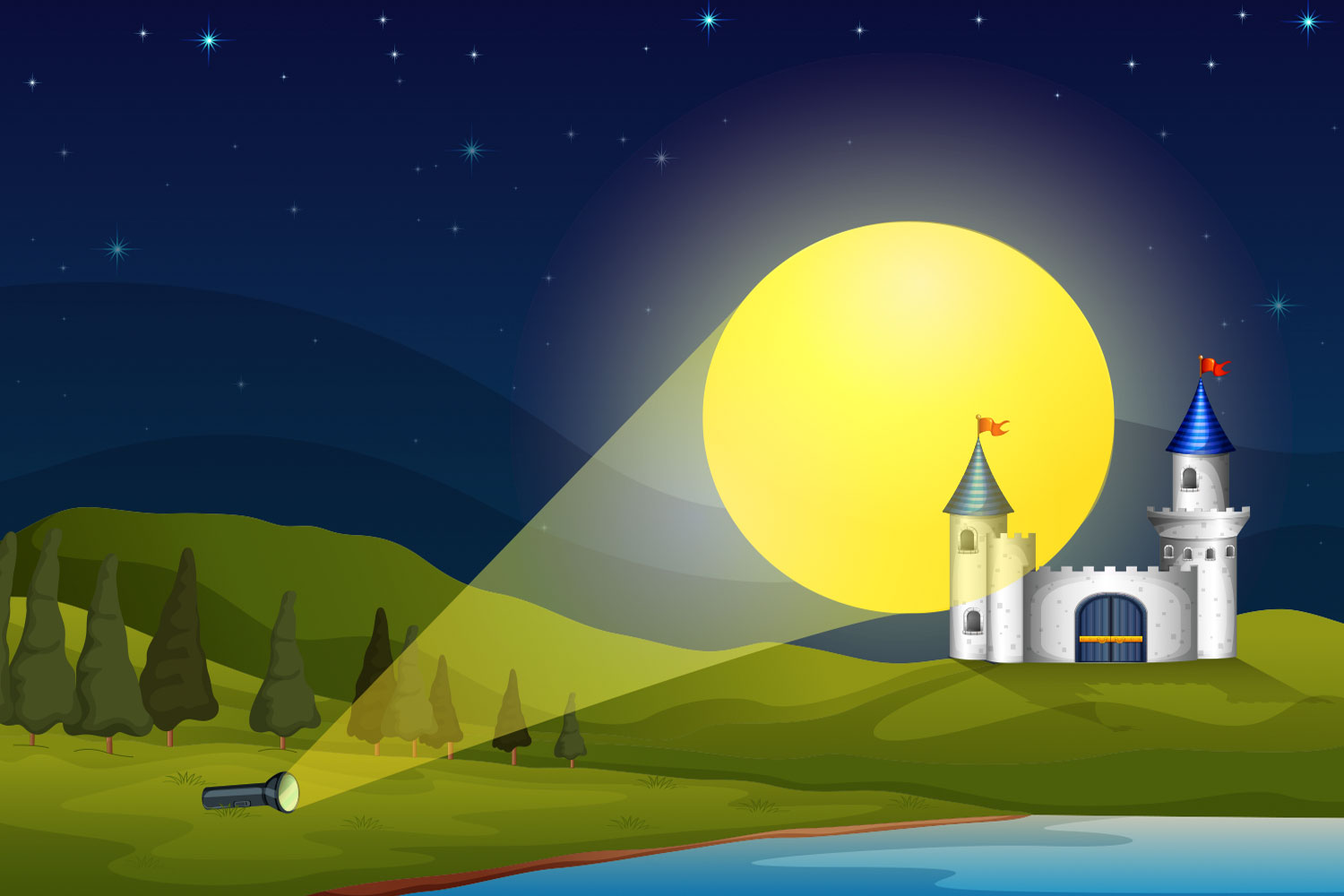 Short but intense online show for children dedicated to that feeling that everyone inevitably feels as they grow up.

You must know dear prince that when it is up to us animals of the night to come out of our dens, usually the animals of the day, including you humans, close your eyes to rest and remember all the day just passed. And these memories are colorful and filled with great things that feel real. And they are called dreams. In dreams you can be anything you want.

Opening of The King Who Was Afraid of the Dark

The king who was afraid of the dark is an original fable, written and interpreted by Mariangela Diana. The inspirations come from the short story “The Shadow” by Hans Christian Andersen, from the fairy tale “Fioccobianco and the noises of the night” by Anna Oliviero Ferraris.

In The King Who Was Afraid of the Dark, the firefly becomes a symbol of the need for the existence of night and darkness, and remembers that there is always a way to enlighten and feel safe.

In addition to the firefly, the protagonists are a child, a prince who will teach his father, the king, how not to be afraid of the dark, and indeed to love its characteristics, natural and suggestive like those of light.

Director’s notes The king who was afraid of the dark

“Depriving oneself of the dark and of the night – explains Mariangela Diana, author and interpreter, Hystrio award at Vocation 2019 – would mean not knowing the other thousand colors of the sky, nocturnal animals and shooting stars. The darkness of a room triggers the often negative and scariest fantasies: witches, ghosts and monsters under the bed have always been the nocturnal enemies. The meeting wants to be discovered instead of the sweetest and most reassuring fantasies that come from the night, such as the rest after a long and tiring day, of fireflies, the protagonists of this fairy tale and above all of dreams, vivid and real especially at night “.

Respect for the places and fears of others is also relevant. It is not asked to eliminate or demonize fear, but to know how to recognize and deal with it with delicacy and understanding. And alongside the respect for a world that lives when we are asleep, busy dreaming.

A fear that both adults and children face, and which can be embarrassing especially in personal and social growth.