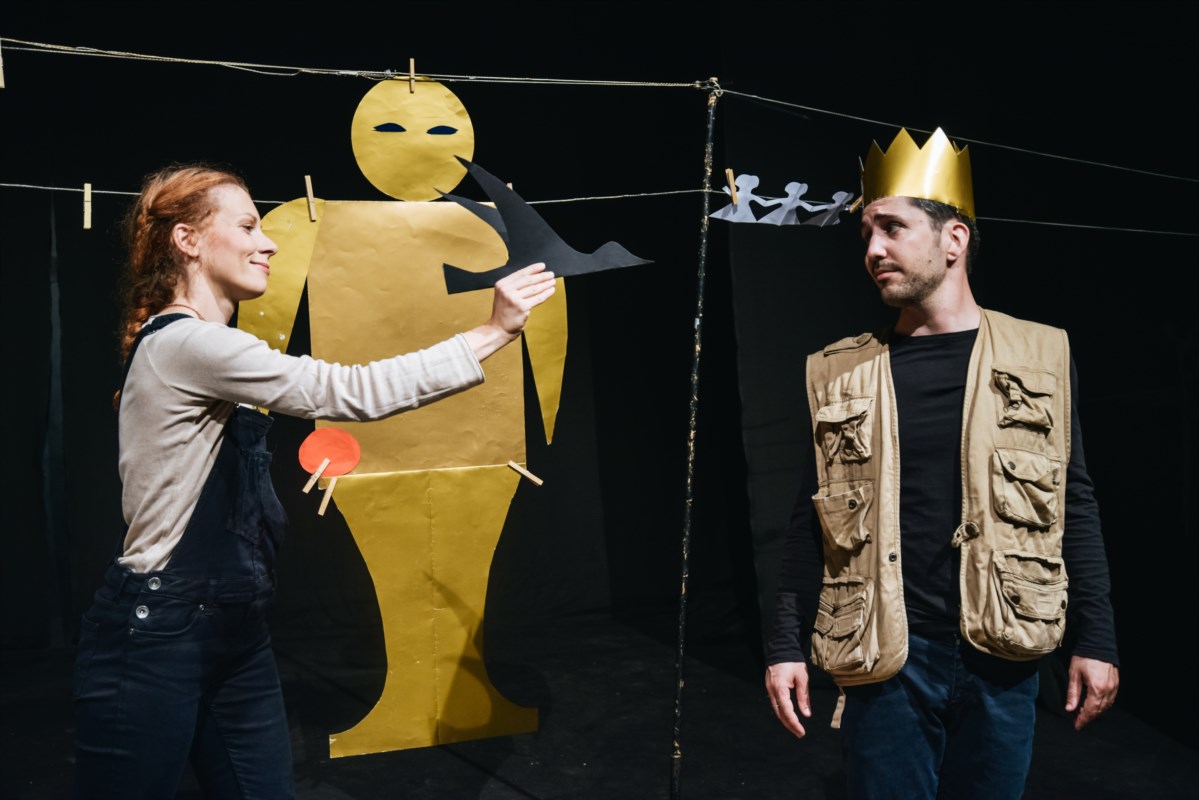 An adventure made of paper and carboard in the name of friendship.

Based on one of Oscar Wilde’s best-known fairy tales, the show tells the story of a deep friendship that is born between a swallow and a prince.

Taken from one of Oscar Wilde’s best-known fairy tales, the show tells the story of a deep friendship that is born between a swallow and a prince, now a statue embellished with precious jewels.

Despite the imminent arrival of winter, the swallow remains to help the prince distribute his wealth to the poor and dispossessed of the city, of which the prince had never noticed when he was a prince in flesh and blood, because he was forced to live happily ever after within the walls of his impassable castle.

On the stage two actors who narrate, move, sing, and from whose hands, from nothing, as if by magic, using pieces of paper and cardboard, everything is born and the story unfolds.

Under the eyes of the viewer, clouds, swallows, angels, flowers, etc. are formed. All the shapes made with paper are easily reconstructed even by children. Friendship is a beautiful feeling that gratifies us but also requires a lot of dedication. Love gives us enthusiasm but it can also require a spirit of sacrifice. Great, noble feelings, which often find themselves dealing with a world made up of much smaller and meaner things.

We cannot say: it would take very little. 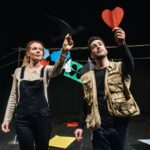 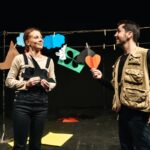 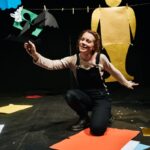 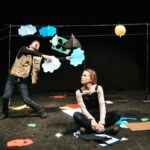 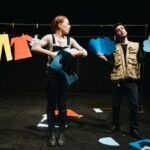 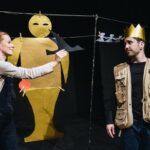