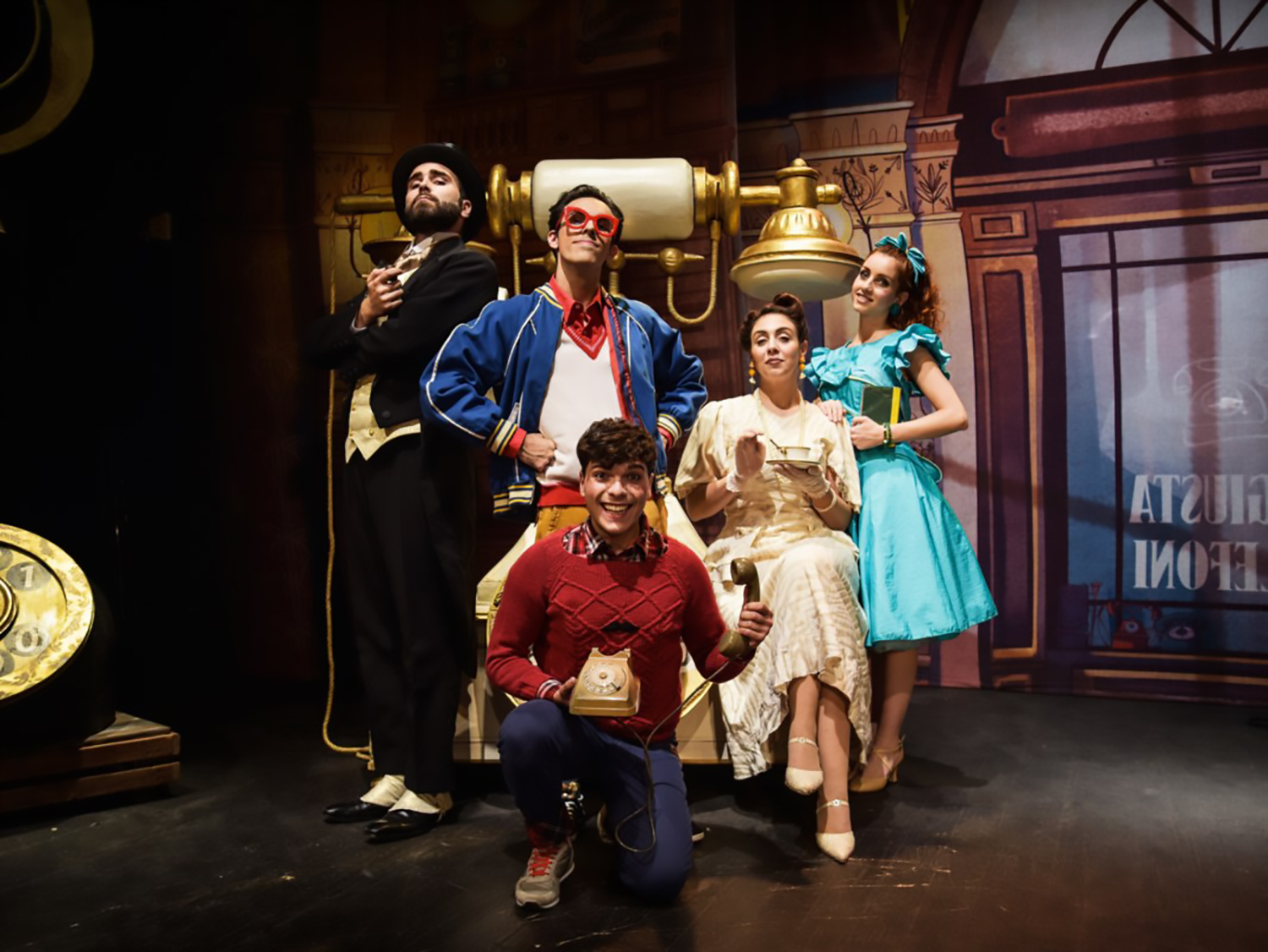 Fairy Tales on the Phone is a “fairy tale in music” dedicated to the whole family that collects some of the most famous tales and nursery rhymes by Gianni Rodari, inserting them into a completely original plot capable of speaking to children of today and those of then, who they are the parents of today.

But where are the stories full of fantasy that the accountant Bianchi used to tell on the phone to his little girl every night before she fell asleep? What happened to the sweet chocolate streets? The very tasty ice cream palaces? The paradoxical times tables? Maybe they got trapped in the very phone that Giovannino found in the basement. Lost in its threads, they can no longer get out.

Stories, those of Rodari, who do not know the passage of time, which preserve unchanged the original qualities of elegance, irony and freshness that have always been the strengths of that inexhaustible capacity for invention that he knew how to combine with the punctual, serious and civil observation
of contemporary reality. Stories that in Fairy Tales on the Phone willcome back to life on stage in a real musical carousel in the form of songs, short stories, nursery rhymes and small variety numbers.

The theatrical adaptation and the direction are signed by Raffaele Latagliata , who has a long professional career as an actor and director behind him in both prose and musical theater, who also edited the original dramaturgy together with Pino Costalunga , an expert author of children’s literature.

The music, all original , were composed by Maestro Valentino Corvino , in his first experience as a composer of a musical comedy. Corvino has put his experience at the service of a show that plays with various musical genres, among these, in particular, he looks at the grace and delicacy of Quartetto Cetra. It is precisely starting from the catchy songs, from the cheerful lyrics but with refined arrangements of the legendary quartet (remember the interpretation of “The fables where they are” by the famous Lucia Mannucci) that the fables will come back to life on the scene, awakening the desire to invent and to play with the imagination.

“ The dramaturgical structure of this musical – explains Maestro Corvino – lines up fairy tales that create many funny and often surreal little worlds. This material gave me the inspiration to compose drawing on the most diverse musical languages in a continuous exercise of style that was
as functional as possible to the story. But, as happens in Rodari’s texts, moments linked to a more intimate expression alternate with the lightness of much of the musical narration, because the ultimate goal of these fables is not pure entertainment but the education of the youngest
reflection and the use of imagination “.

On stage Giovannino, a particularly curious boy with a strong imagination, found his mother’s old telephone in the basement; the very phone to which, when she was a child, her grandfather used to call her to tell her a story every night before going to sleep. But where are all these stories that the mother no longer remembers, Giovannino wonders. Maybe they’re still in there, stored in the phone’s memory. But that strange device is so complicated with that strange disc keyboard. And so, to get help, Giovannino decided to take him to be repaired in an old used phone shop: the Fix Phones. Here he will meet four strange characters (the surly Count Cornetta, the bizarre Madame Phonè, the bewildered Biancapagina and the enterprising Gettone) thanks to whom the fairy tales will magically come to life.

Listen to the music of Fairy Tales on the Phone on Spotify , AppleMusic and on other music streaming platforms! 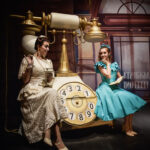 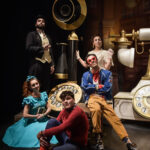 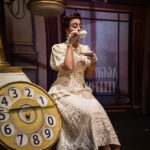 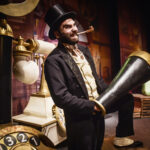 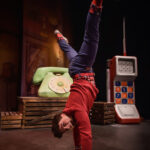 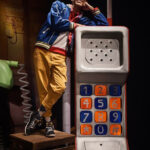 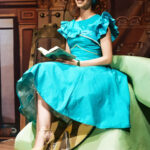 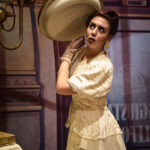 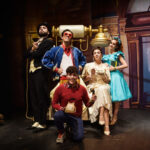 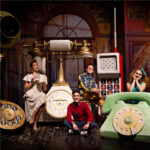