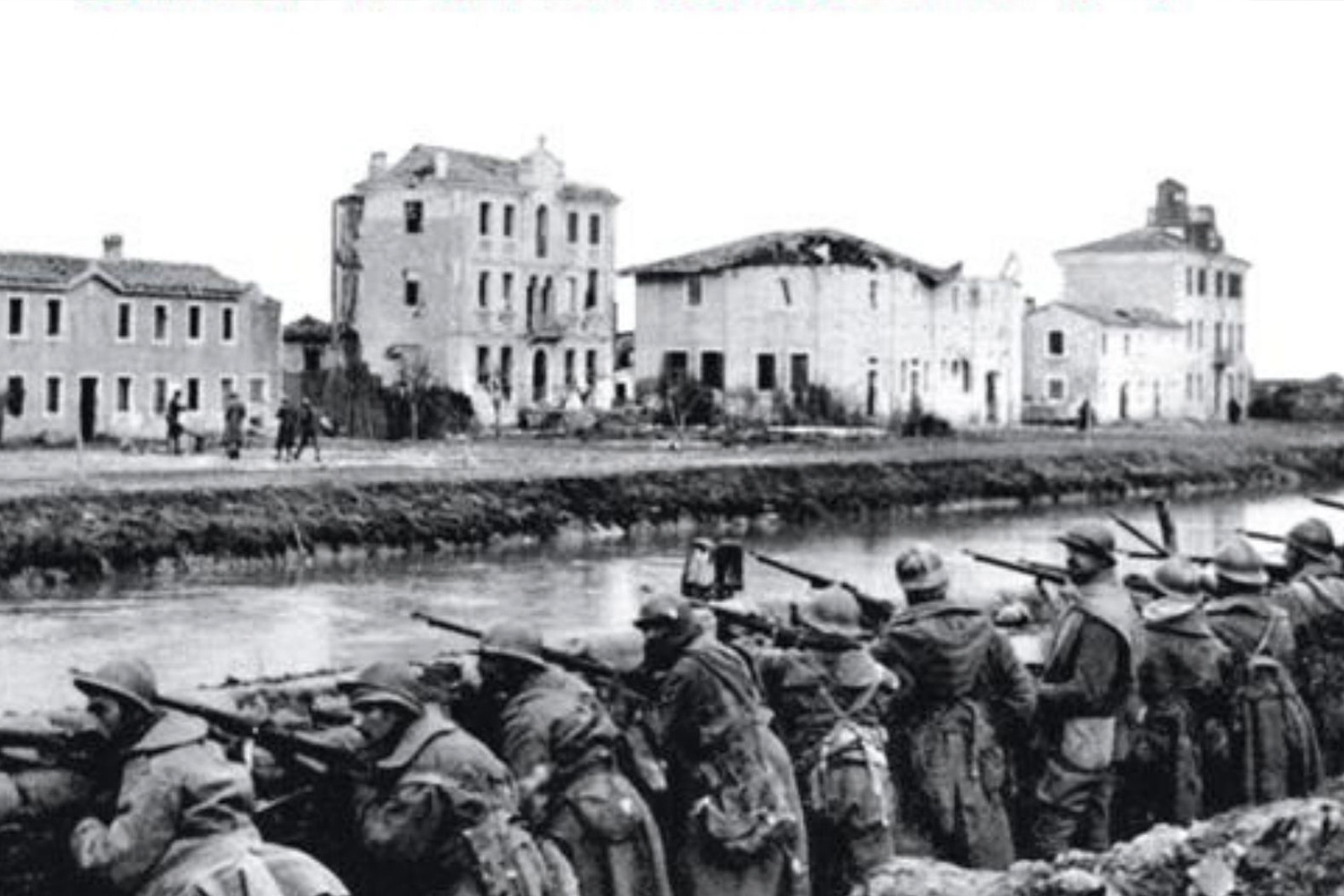 Pino Costalunga interprets the words of one of the greatest 20th-century authors from the Veneto region: Giovanni Commisso. ‘Giorni di Guerra’ (Days of War) will evoke that inauspicious period of the First World War, through the eyes and words of Commisso and the voice of Costalunga.

‘Giorni di guerra’ (Days of War) is the novel by Giovanni Comisso that many compare to Hemingway’s ‘Addio alle Armi’ (Farewell to Arms). It has a similar description of the rout of Caporetto. In Comisso, however, there is not the detachment of the American author, but a melancholy and an adherence to human types and even the small events of the war. The author transforms his story into a great portrait, at times amusing and at times moving. It’s a narration of poor humanity in the face of what was one of the greatest catastrophes of the past century.

Despite the theme, the novel is light and first tells the passion of many young people for the idea of war and then their detachment, alternating poetic pages with passages of strong narrative capacity and extraordinary comic scenes.

Commisso, Veneto and the Great War

Giovanni Comisso (Treviso, 3 October 1895 – Treviso, 21 January 1969) is undoubtely one of the most intersting Italian writers from Veneto of the beginning of the 20th century. Egocentric, passionate, a curious author and a journalist with great descriptive skills, a wanderer for business and for pleasure, he left us a series of articles, novels and essays that tell of an era from a different, often unusual perspective.

Pino Costalunga will present the portrait of the writer and the man Comisso, especially in the period in which he was on the battlefield during the First World War. “On the battlefield”, so to speak, because the author from Treviso was lucky enough to remain always in the rear and therefore to live only the echoes of the distant battles.

War as a spectacle, therefore, also appears in the correspondence – intelligently edited by prof. Luigi Urettini – of the writer with his father and especially his mother: the war with all its human miseries, the war as a moment of suspension from carefree life, the war of those who do not fight directly, but are involved in it and often victims.

The resulting portrait is therefore neither tragic nor dramatic, but often amusing, light, always elegiac, thanks to the undoubted descriptive and evocative power of the great writer’s pen.